I just can’t resist sharing these pictures with every one. We went to an eMart – which is the South Korean version of a Walmart – it was huge. One giant floor of just food stuffs – you name it – they sold it. I couldn’t resist taking pictures of the Mushroom options – just a few of the bigger bagged versions. I mean these mushrooms are sold by the gram in Montreal – if you can find them. Here they are sold in bulk. And they are huge. What are they feeding these guys – steroids? Amazing. 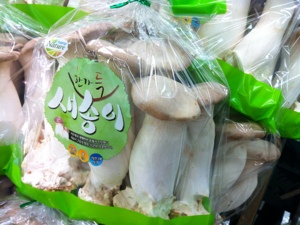 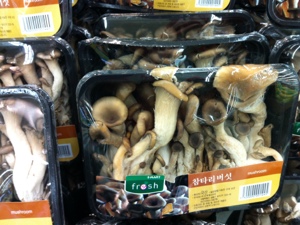 Attached to the eMart was a korean style fast food restaurant. You looked at the models of the meals – and then gave the number you wanted to the hostess. When it was ready at one of the 5 or so stations around the room (each station was a different style of Korean cuisine) – you picked it up. 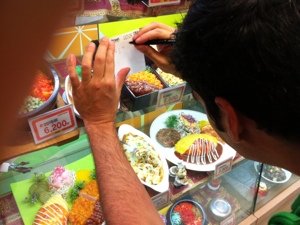 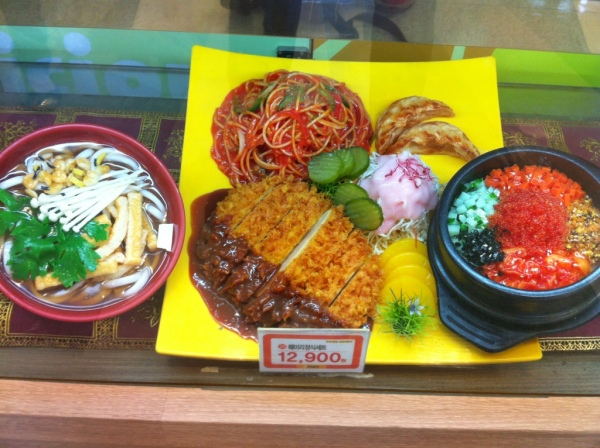 Pretty yummy for an eMart meal I’ll tell you. Not the best food I’ve had in Korea, but think about it – under $5 per person – and these are meals – not hot dogs!

Speaking of which – they do hot dogs too!

Signing out – the Soup Lady and the intrepid Traveler

One thought on “Amazing Mushrooms – and Great Looking Plastic Food!”